When you have the flu, the best course of action is usually to rest at home and drink plenty of fluids. However, there are some situations in which untreated flu can be dangerous. Here are some times when you should seek medical attention for the flu.

1. When An Infant Has the Flu

Flu is often a minor illness in an adult or an older child, but in an infant, it is a much greater cause for concern. When a baby develops symptoms of the flu, you should take them to see a family doctor as soon as possible.

Symptoms of the flu in infants are similar to those in adults, including a fever, runny nose, diarrhoea, vomiting and chills. Infants might also appear weak or floppy. These symptoms are likely to develop quickly in children, so let your family doctor know you need an urgent appointment.

2. When An Elderly Person Has the Flu

Elderly people are much more likely than younger adults to develop complications as a result of the influenza virus. Complications are even more likely if the elderly person has existing medical conditions, such as heart disease or diabetes. Older people should always see their family doctor if they develop symptoms of the flu.

Doctors can prescribe antiviral treatments to help older people recover from the flu as quickly as possible. These treatments are not suitable for use in everyone, but for people with existing medical conditions, they can reduce the severity of the illness.

3. When Symptoms Are Severe

Influenza can make you feel terrible, but the symptoms are usually not so severe that they put your life in danger. However, in some cases, the flu can cause serious symptoms such as shortness of breath, confusion, dizziness, uncontrollable vomiting, and chest pain.

When these symptoms are present, it is important to seek medical attention. You might need to be admitted to hospital, where doctors can monitor your condition and administer intravenous fluids to prevent dehydration.

4. When Symptoms Linger After Recovery

When flu symptoms reduce, you might think you are starting to recover. However, some symptoms can linger even when you feel a lot better, indicating that you have a secondary infection. For example, a lingering cough after having the flu can suggest you have developed bronchitis. See a family doctor who can prescribe antibiotics to clear up the secondary infection and return you to full health.

Reach out to a family doctor to learn more. 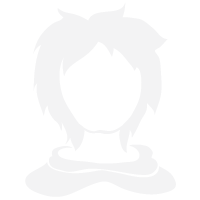